Share on Facebook Tweet on Twitter Share on Google+ Pin on Pinterest
Dive into thriving French culture during impressionism and the Industrial Revolution; street cafes, ‚¬Å“Starry Night‚¬?, Paris Boulevards, and Notre-Dame. The French railroad system is a blank canvas just waiting for your masterful strokes. However, before you can start claiming routes, you'll need to lay the track! Watch for your opponents, though, because they might claim the route you just spent so much time building‚¬¦ 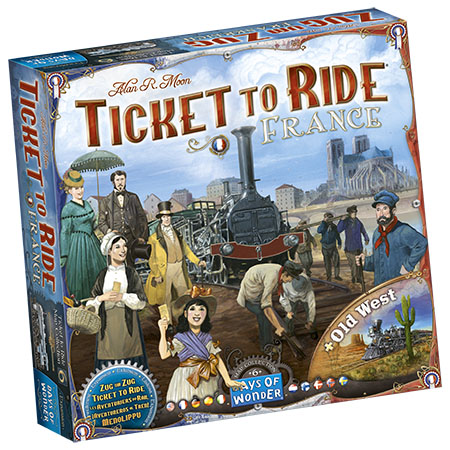 This expansion will challenge the players' existing habits, as this time, before claiming a route, you will need to build the tracks and choose their colors. This simple variation adds a new twist to Ticket to Ride and makes the France map completely unique. The double-sided board also features a map of Old West, where up to six players can develop their railway networks starting from their Home Cities. Claiming routes along the way will make players face a dilemma: every time a player takes a route which leads to a city controlled by an opponent, that opponent scores the points. 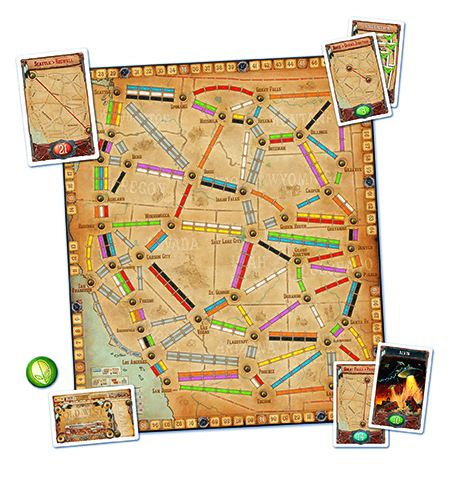